Club or Rec Youth Lacrosse: What’s Best For Your Child?

Lacrosse is not immune to the ills of evolution, nor resistant to its benefits.

The most apparent and foundation shift today is club lacrosse becoming a year-round requirement, challenging local rec leagues in the spring and forcing players to make tough decisions very early in their lacrosse careers. 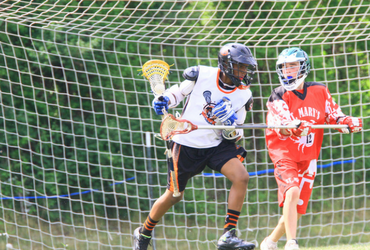 It started with spring leagues for middle school club programs in the Northeast, considered a passing trend at the time. Now clubs feel the pressure to keep up by offering spring play so that they are prepared for summer competition.

Some choose to respect and allow recreational play in the spring by taking club time off or working club play around rec.

“We recognize that we do not control these young athletes,” said Paul Day, vice president of NEMS (Md.) Lacrosse Club. “We encourage players to participate in rec play. This is a time in their lives when they have the freedom to participate.”

But some clubs force kids to bid farewell to rec to go with club full-time, citing the need to develop team chemistry so they are in sync come summer tournament season. The National Premier Girls Youth Lacrosse League (NPGYLL), for example, is an “invitation-only elite middle school spring league for high-level club teams in the Maryland, D.C. and Virginia areas,” according to its website. It requires extensive travel, making it difficult to play rec ball.

On the opposite side of the spectrum, there is the Greater Howard Club Lacrosse Conference (GHCLC) that works in conjunction with the local rec leagues to ensure no conflicts, allowing its members to do both. Additionally, Cathy Samaras, founder of QuickStix, has created Q13, a more localized league specific to the Annapolis area, requiring less travel and time from its participants.

Mary-Lynne McKee, director of the Metro Lacrosse Club, which since 1998 has drawn players from New Jersey and New York, has watched these trends develop for decades. “It is common for [rec league] directors to reach out to our office when scheduling in an attempt to work together,” she said.

While helpful, this implies that clubs are starting to become the primary youth lacrosse outlet, with rec leagues working around them. That trend concerns McKee.

“Players benefit from learning from different coaches with different styles,” she said. “It is also refreshing and challenging to play with different teammates, where your role on the team may change and you will learn to make adjustments.”

Parents are left feeling compelled to encourage their young daughters to specialize in one sport, potentially leading to overuse injuries and mental burnout—not to mention denying them the multi-sport experience.

“Players have to choose one or the other and are finding it’s really not feasible, worthwhile, or prudent to do both,” said Katie DaRin, commissioner of the Northern Virginia Youth Lacrosse League. “Many players struggle with this decision, as they have played with their local friends for years and want to continue to do so until high school, and at the same time are eager to be part of a competitive club league with their offseason teams.”

As originally posted in US Lacrosse – https://www.uslacrosse.org/blog/club-or-rec-youth-lacrosse-what%E2%80%99s-best-for-your-child